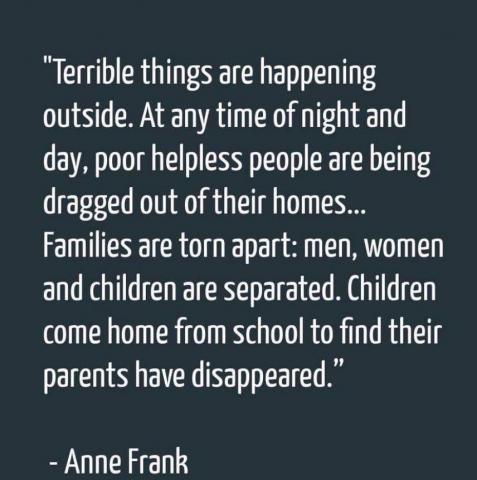 Cognitive Politics is about communications techniques. This blog looks at how we share outrage on social media, an exercise intended to be shared with the Smarter Politics community.

My friends are asking "When is the President going to be held accountable?"

Trump's America isn't what I ever thought America would be.

I'm angry in solidarity with you. SMART started because anger wasn't winning us elections, wasn't keeping people like Trump out of office.

These are dangerous times for many people — we need to be careful: quotes like the above only move us in the right direction, only move towards winning the next election, which is the only way Trump will be held accountable, when they increase solidarity.* When people who felt abandoned by neo-liberal de-industrialization, by a culture that doesn't feel familiar, or watching friends addicted to opioids, when Trump gives them some group to blame, how do we not contribute to separation?

Okay SMART, here's the exercise for the comments: if you feel a desire to share quotes like Anne Frank's, how do you do it so that it is welcoming, a call-in rather than a call-out? How do you get conservatives on your feed (maybe they believe in balancing budgets, or serving when called, or family values) to shake themselves out of the frog-in-boiling-water that comes from Trump slowly turning up hate, and liberals participating in dividing us-into-them?

How would you introduce this quote on your feed so that moderate conservatives felt like you and they were Americans together? Or at least, if they commented against you, moderates watching the interaction would not witness a left-right bar-fight, but would feel like that the people upset by Anne Frank's quote have stepped out of history's arc of the moral universe.

* Also, solidarity among wavering progressives — but not burn-out.